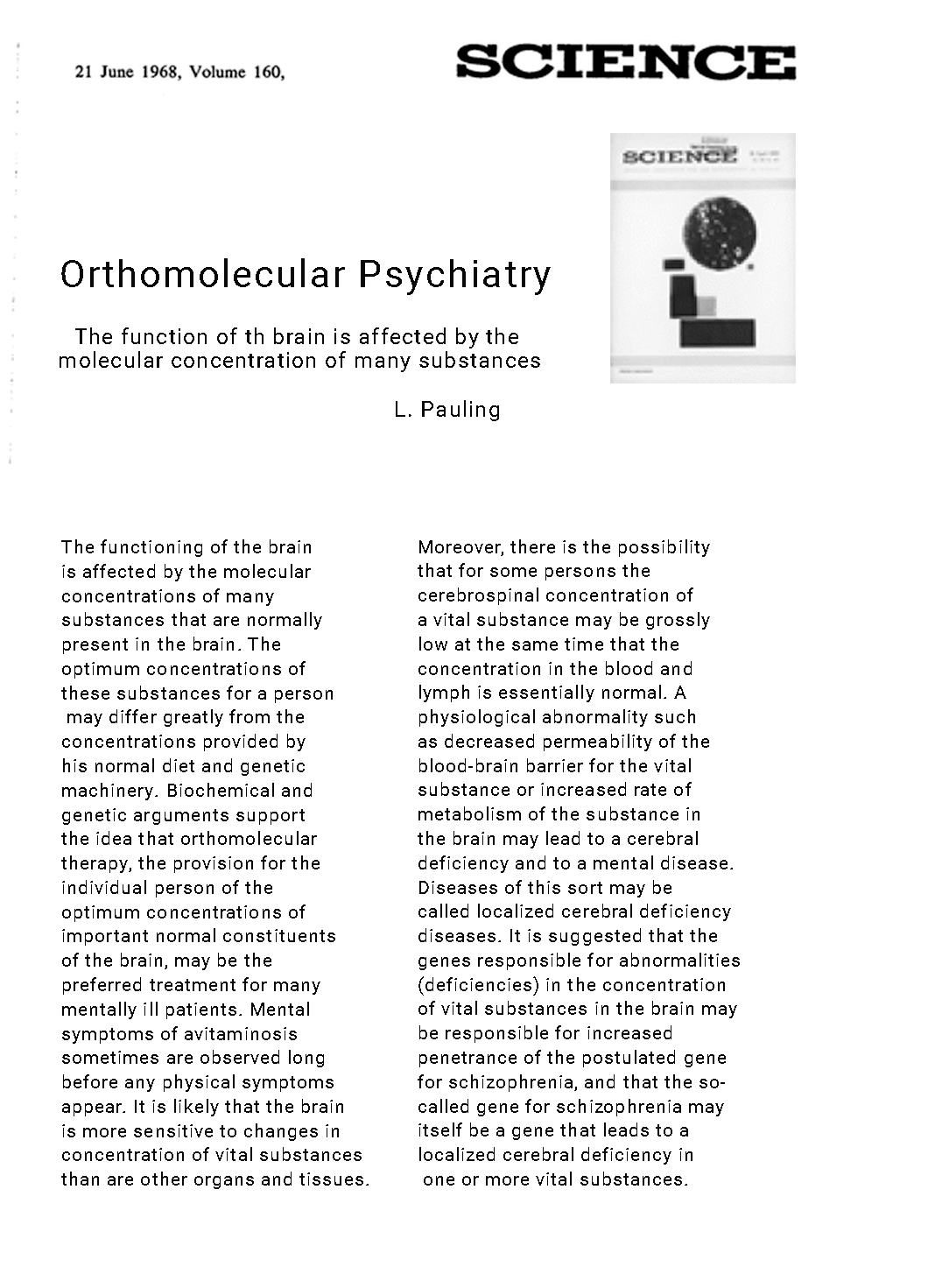 The functioning of the brain is affected by the molecular concentrations of many substances that are normally present in the brain. The optimum concentrations of these substances for a person may differ greatly from the concentrations provided by his normal diet and genetic machinery. Biochemical and genetic arguments support the idea that orthomolecular therapy, the provision for the individual person of the optimum concentrations of important normal constituents of the brain, may be the preferred treatment for many mentally ill patients. Mental symptoms of avitaminosis sometimes are observed long before any physical symptoms appear. It is likely that the brain is more sensitive to changes in concentration of vital substances than are other organs and tissues. Moreover, there is the possibility that for some persons the cerebrospinal concentration of a vital substance may be grossly low at the same time that the concentration in the blood and lymph is essentially normal. A physiological abnormality such as decreased permeability of the blood-brain barrier for the vital substance or increased rate of metabolism of the substance in the brain may lead to a cerebral deficiency and to a mental disease. Diseases of this sort may be called localized cerebral deficiency diseases. It is suggested that the genes responsible for abnormalities (deficiencies) in the concentration of vital substances in the brain may be responsible for increased penetrance of the postulated gene for schizophrenia, and that the so-called gene for schizophrenia may itself be a gene that leads to a localized cerebral deficiency in one or more vital substances.