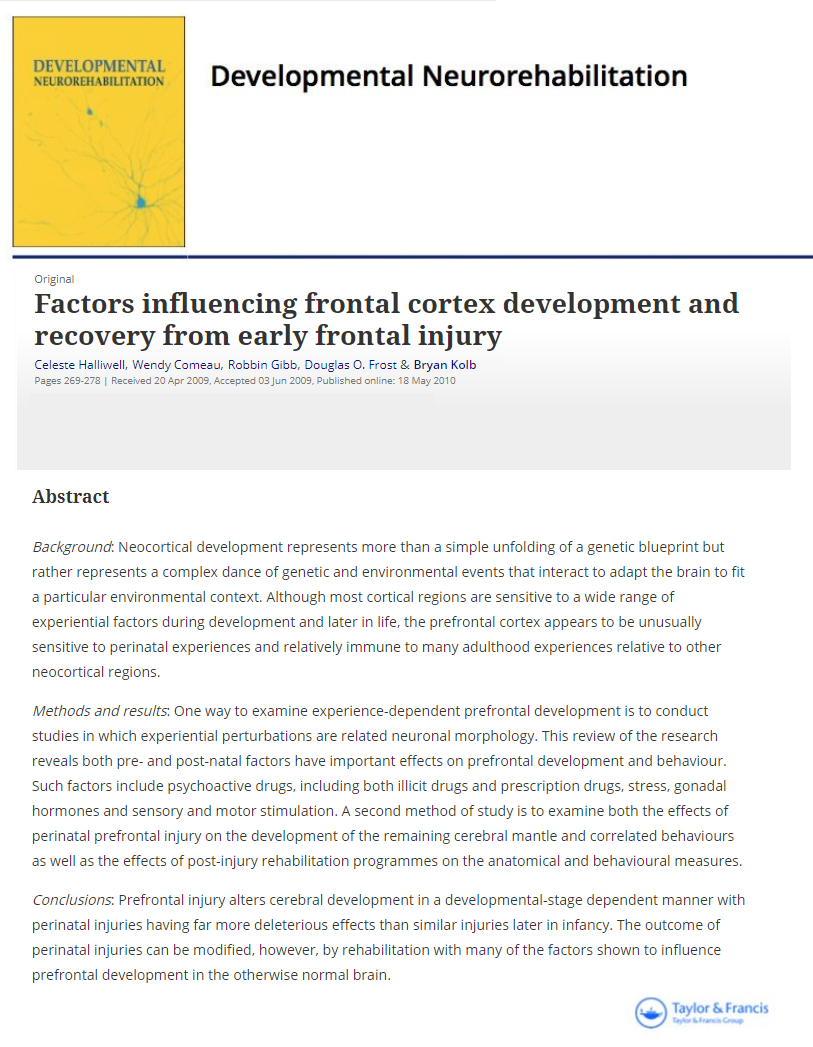 BACKGROUND: Neocortical development represents more than a simple unfolding of a genetic blueprint but rather represents a complex dance of genetic and environmental events that interact to adapt the brain to fit a particular environmental context. Although most cortical regions are sensitive to a wide range of experiential factors during development and later in life, the prefrontal cortex appears to be unusually sensitive to perinatal experiences and relatively immune to many adulthood experiences relative to other neocortical regions.

METHODS AND RESULTS: One way to examine experience-dependent prefrontal development is to conduct studies in which experiential perturbations are related neuronal morphology. This review of the research reveals both pre- and post-natal factors have important effects on prefrontal development and behavior. Such factors include psychoactive drugs, including both illicit drugs and prescription drugs, stress, gonadal hormones and sensory and motor stimulation. A second method of study is to examine both the effects of perinatal prefrontal injury on the development of the remaining cerebral mantle and correlated behaviors as well as the effects of post-injury rehabilitation programmes on the anatomical and behavioral measures.