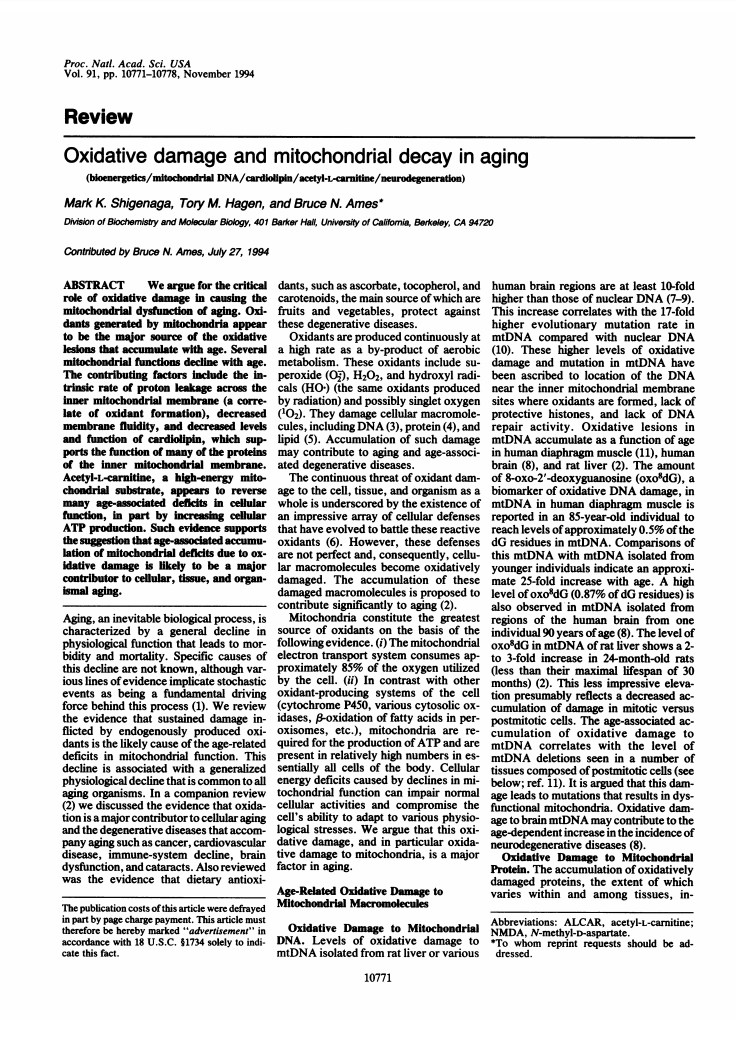 We argue for the critical role of oxidative damage in causing the mitochondrial dysfunction of aging. Oxidants generated by mitochondria appear to be the major source of the oxidative lesions that accumulate with age. Several mitochondrial functions decline with age. The contributing factors include the intrinsic rate of proton leakage across the inner mitochondrial membrane (a correlate of oxidant formation), decreased membrane fluidity, and decreased levels and function of cardiolipin, which supports the function of many of the proteins of the inner mitochondrial membrane. Acetyl-L-carnitine, a high-energy mitochondrial substrate, appears to reverse many age-associated deficits in cellular function, in part by increasing cellular ATP production. Such evidence supports the suggestion that age-associated accumulation of mitochondrial deficits due to oxidative damage is likely to be a major contributor to cellular, tissue, and organismal aging.